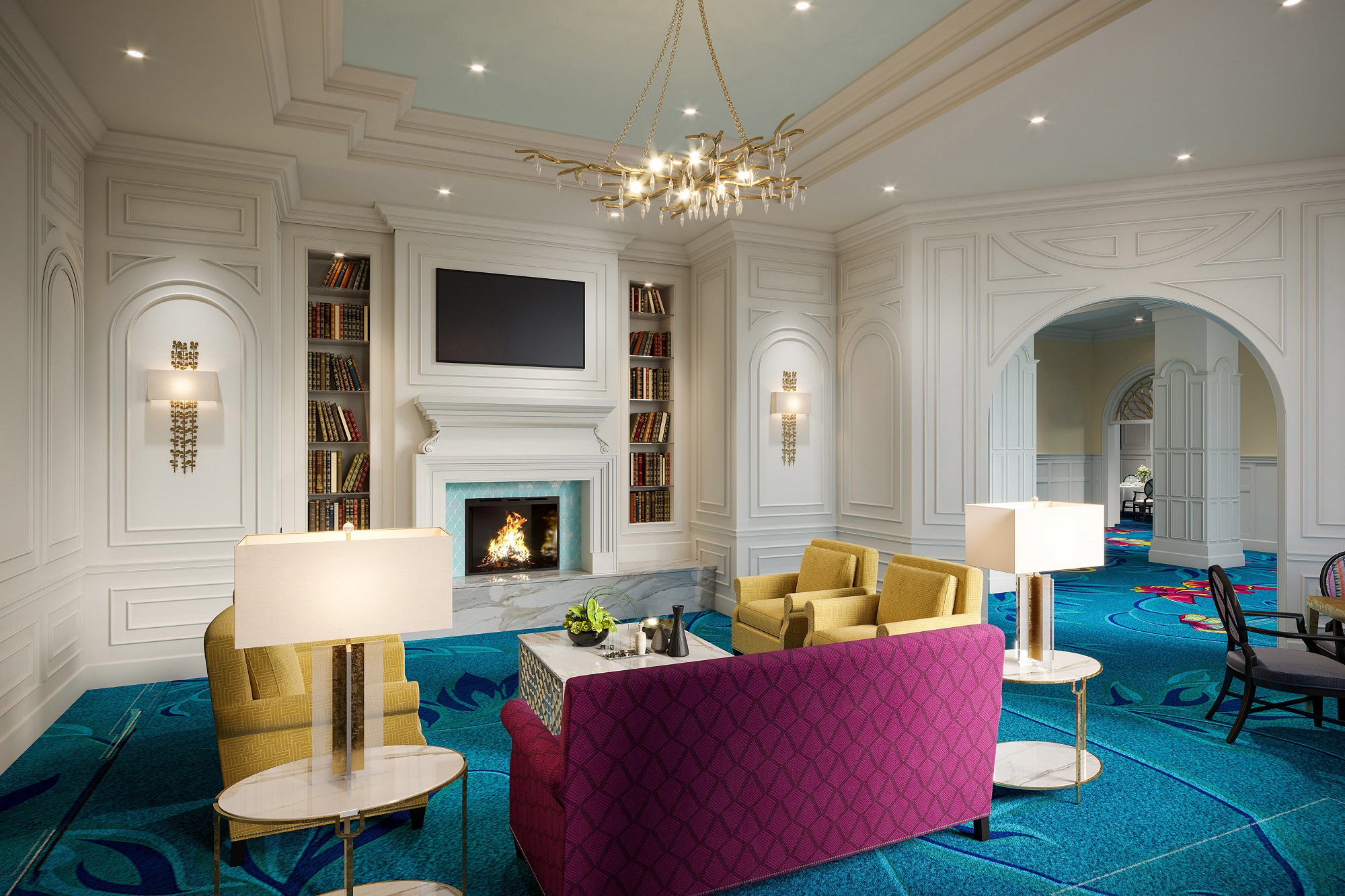 A forthcoming rental building on the Upper West Side has undeniably luxurious extras, including a library lounge, a hair salon and a movie theater.

There’s just one catch: You have to be a senior citizen to live there.

305 West End Residences, near 74th Street, will be a sleek and shiny assisted-living facility with a memory-care wing that’s specially designed for individuals with dementia or Alzheimer’s.

And there are more elderly-focused developments like it on the way.

Dubbed the “silver tsunami,” some 12 residential projects catering solely to seniors are bursting through New York City’s pipeline, bringing brand-new digs to those in their golden years that are a far cry from institutional nursing homes. The wave of construction is largely thanks to graying baby boomers who prefer aging in urban settings. So now this overlooked submarket — which fell out of favor due to a preference for traditional condo and rental construction — is showing youthful vigor.

305 West End will also offer three meals a day and a wellness center for visiting medical professionals, which “make it easier for our residents, so they don’t have to travel outside of the building,” says Steven Krieger of Engel Burman Group, which is developing the property alongside Northwind Group.

Its colorful communal spaces, round-the-clock care and nice apartments come at a cost. One-bedrooms in the assisted-living portion, opening later this year, will go for around $11,000 monthly. Studios in the memory-care wing, aiming for a March debut, will run around $17,000 per month.

Engel Burman — whose portfolio includes assisted-living properties in Long Island, Westchester and New Jersey — realized the urban demand when they saw city-dwelling adults moving their aging parents to the suburbs.

“We said, ‘What’s going on?’ ” says Jan Burman, of Engel Burman. Their families would reply, “ ‘We had no place to put Mom or Dad in the city.’ We realized we had to deliver that in Manhattan.”

Turns out Mom and Dad want to stay in the city, too. A 2017 study commissioned by real estate investment trust Welltower that surveyed 3,000 adults of all ages living in 10 large North American cities, including New York, found that 70 percent of respondents want to stay put after turning 80. Cities have high-quality health care and improved mobility thanks to public transportation. It’s also easier to meet people, which means better chances for making new friends, even forging second-act romances.

“We have a generation thinking of their later years much more actively . . . because they’re living longer,” says Mercedes Kerr of Welltower, which, alongside Hines, is behind Sunrise at East 56th. This 16-story, 151-unit Midtown rental at 677 Lexington Ave., which will include assisted-living and memory-care components, is slated for completion in 2020. (Monthly rates are not yet available.)

Designed by architecture and design heavyweights SLCE and Champalimaud, upscale features include air purification, circadian lighting to regulate sleep cycles, a large formal dining room for communal dining, a salon and outdoor areas for lounging and events. “The goal here is to provide a care model where seniors can live in a community,” says Sarah Hawkins of Hines.

Other upscale projects are on the rise across town. A 23-story senior-living facility called Inspir, which will reportedly have a spa and a “sky park” with a flower-lined walking path, is underway on the Upper East Side. At 21 Clark St. in Brooklyn Heights, Kayne Anderson Real Estate and Watermark Retirement Communities are redeveloping a former Jehovah’s Witnesses property into an assisted-living and memory-care rental. The 310,000-plus-square-foot building will have approximately 275 units and more than 75,000 square feet of amenities. Homes will be ready for occupancy in 2019.

But not all senior housing in the pipeline is for deep pockets.

The Frances Goldin Senior Apartments at 175 Delancey St., part of the Essex Crossing megaproject, opened in January to residents over age 55 in need of affordable housing.

One of them is David Santiago, 57, who rents a one-bedroom for $900 per month. Two years ago, the retired chef suffered his second heart attack; the building’s under-construction 55,000-square-foot NYU Langone Medical Center outpost was appealing. “It gives you a sense of security knowing there are people downstairs who can assist you,” Santiago says.

Fully occupied, 175 Delancey received over 65,000 applications for 99 units. “The supply of senior housing … hasn’t been developed at the same level as [condo and rental] housing,” says Isaac Henderson, director of Delancey Street Associates, the joint venture that developed the building.

On Staten Island, Douglaston Development is nearing completion of an affordable senior community on the campus of Seaview Hospital. Made up of two five-story wings, the building will house a total of 160 homes — 82 studios and 78 one-bedrooms — for folks over 62 with a maximum annual income of $38,200 for a household of two.

“You have a large presence of union and municipal workers living on Staten Island,” says Douglaston’s Jeff Levine. “While they are aging in place, they would like to stay in close proximity to their families.”

Then there’s the Hebrew Home at Riverdale, which is planning River’s Edge, the city’s first continuing care retirement community — a state-regulated facility with independent living, assisted-living and nursing components — for middle-income seniors on its Bronx campus. Residency would require a projected “entrance fee” between $500,000 and $1.2 million (up to 80 percent of which would be refunded upon move-out or death). And monthly maintenance, from $6,000 per unit, would go toward nursing care. One- and two-bedroom homes would be laid out with aging in place in mind, including bathrooms with lower sinks and handy below-counter cabinets.

These elements “won’t be noticeable,” says Daniel Reingold, president and CEO of the Hebrew Home’s nonprofit parent RiverSpring Health, “but it will be very comfortable and adaptive.”

Of course, designing for an aging population requires considerations for safety and easy use. But experts say the overall objective is to make these special features blend in.

“Sometimes people hear ‘senior housing’ and they have a certain image,” says Dattner Architects’ Daniel Heuberger, who led design efforts at 175 Delancey. “This is . . . not at all true.”

Outfitted by Hollwich Kushner and Wagner Interior Design & Consulting, its light-filled interiors with wood paneling and brightly colored curtains might appear like any other residential lounge. Look closer and there’s a built-in handrail along the millwork for standing support.

One beneficiary is resident Sydney Weinberg, 79, who visits the center every week. Thanks to better lighting, visually impaired Weinberg has an easier time navigating the revamped space.

The community center also has communal tables for gatherings. Because she lost her husband two years ago, Weinberg says the biggest perk is the extra 2,700 square foot for mingling.